Another Award for Wedding Photojournalism! 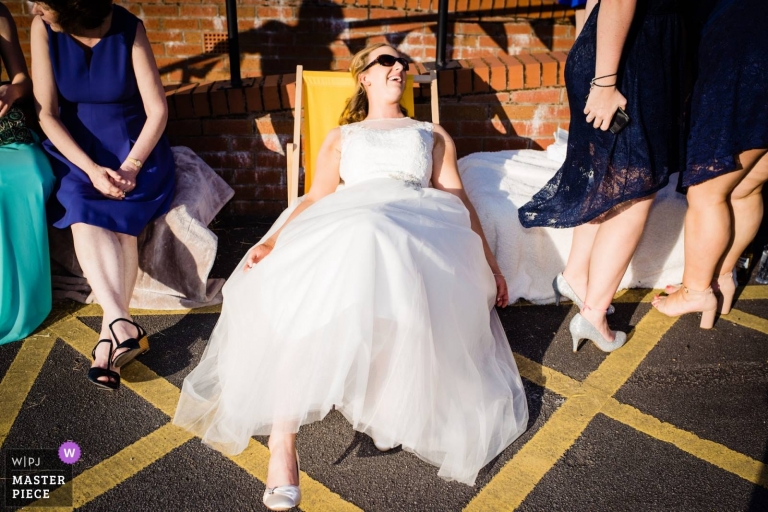 Clearly I should enter for more awards. That’s two in two months. Which draws my attention to the fact that I’ve been remiss and not updated this blog for a month. I’m working on building up a pool of content to try and post a bit more frequently. No promises but I’ll do my best! This is a picture of Rose just chilling out after her wedding to Greg a couple of weeks ago in Silverdale. It’s so recent that I haven’t even got round to blogging that wedding yet. That will come soon though.

All that said and done, Yay me, another shiny! This one from the WPJA (Wedding Photojounalists Association).  There aren’t many awards worth having frankly. Some though, like this one, are awarded by juries of peers rather than being social media based popularity contests. The judging is based on the intrinsic merits of the image or body of work rather than how many likes, followers or ‘votes for me’ a facebook page can drive. Here’s what the WPJA say about their judging panel.

TOPS IN THEIR PROFESSION

WPJA’s International cast of distinguished judges works at the very pinnacle of the profession. You’ve seen their photos on the pages of the largest and most respected newspapers and magazines in the world. They’ve been on the front lines of battlefields and of other wars against infectious diseases, poverty, and hunger. Most are educating the next generation of great photojournalists. It’s no wonder that they are held in high regard by their peers throughout the field of photojournalism.

NOT WEDDING PHOTOGRAPHERS
What do all these elite photojournalists, whose bios below make for a very long page, have in common? None of them are wedding photographers.

Me again… Interesting to note I think that the judges aren’t wedding photographers.  So they’re not subject to the whims and trends of the wedding industry or blogs.  Also interesting because although I’m a wedding photographer. I’m also not a wedding photographer.  No I’m not one of those who shoots weddings while proclaiming ‘I’m not a wedding photographer’. On days I shoot weddings I’m clearly a wedding photographer. To say anything else would be , frankly, bullshit. But I also shoot commercial work, fine art (not fine art wedding photography – I don’t even know what that is to be honest) , but fine art work that goes into galleries with a paragraph or two of arty bollocks talk on a wee note stuck on the wall next to it.  I shoot portraits and landscapes and all sorts of other stuff as well. AND I’ve decided that I’m going to start posting some of that stuff on the various social media channels I use and also on the blog here. Maybe even as soon as this afternoon seeing as I was working on a different blog post when this award came up and I wrote this one instead all of which brings us full circle back to me saying that I’m going to try and post stuff and blog more frequently. If you want to follow me on those social media channels You can find me on Instagram and Facebook . I’m also on Twitter and Linked in but if I were you I’d just pick the flavour that suits you, no one needs that much social media in their life.

Last but not least, if your’re looking for <titter> an internationally recognised award winning wedding photographer </titter>  or any other kind of photographer for that matter, then you know what to do. Get in touch with me to have a chat about your plans.