What makes for the best wedding photography? In fact what makes any picture good? I’m not talking necessarily about what makes a picture a competition winner, those things are quite often nothing to do with whether the picture has any intrinsic value, but rather what makes an image perform it’s job well. To understand that we probably have to look at what that job is. For me, as a documentary wedding photographer, I aim to tell the story of the wedding, the couple and their family and friends on that day. I’ve said that before and throughout this site I refer to storytelling and illustrating moments that go unseen, quiet exchanges between people that show something about the day.

There are various elements to any given image that make it effective or not. Speaking personally sometimes I like an image that if entered into a competition would be marked out as a bad image. When I look at those pictures and think about why I like them when they are apparently “bad images” it’s almost always because I see one of the main elements that I look for. This is important. This aspect of identifying elements that are important to me. When creating images it’s this thought process that lends my pictures their voice or style for want of a better word. Not everyone will see the same things and not everyone will appreciate the things I do. That’s why it’s so important to know what you feel about the pictures when looking at a wedding photographer’s portfolio.  There are a million of us out there, somewhere you will find the one that speaks to you. 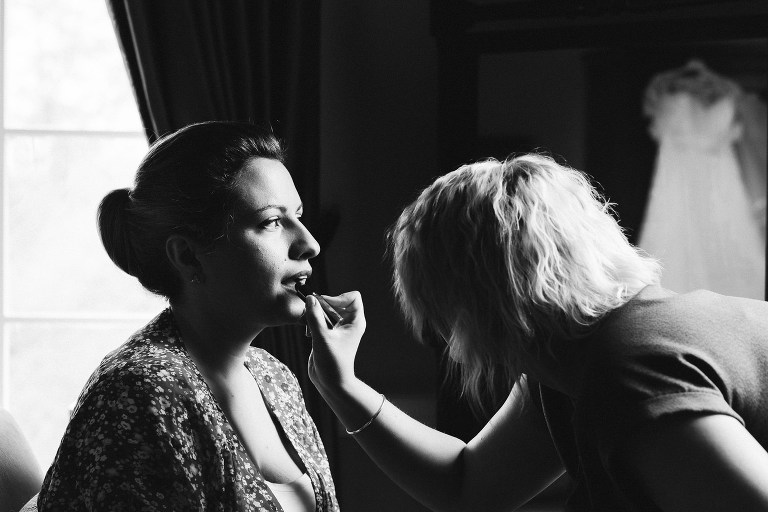 So what are these elements? Harold Evans, the former editor of the Times and Sunday Times, describes quite succinctly the three elements, he looks for when curating pictures. These are animation, context and meaning. There are other elements as well, I’ve mentioned elsewhere great light for example but these are an added layer, things that go towards making a well made picture. Ideally you look for all of them. Some of the time you will find only one or two of them.  The image above of the bridesmaid having her makeup done has I think at least two of Evans’ criteria as well as an added layer in that I think the light here is lovely. It really adds to the quiet calm moment that was before me.  Mainly though I see animation – something is happening, it isn’t the largest of expression, it’s not an earth shattering moment but something is happening. It has context. The wedding dress reflected in the background tells us this is a wedding day. I hope it also has meaning for the bride. This is her sister getting ready on her wedding day – within the collection of pictures I think it takes on that meaning. 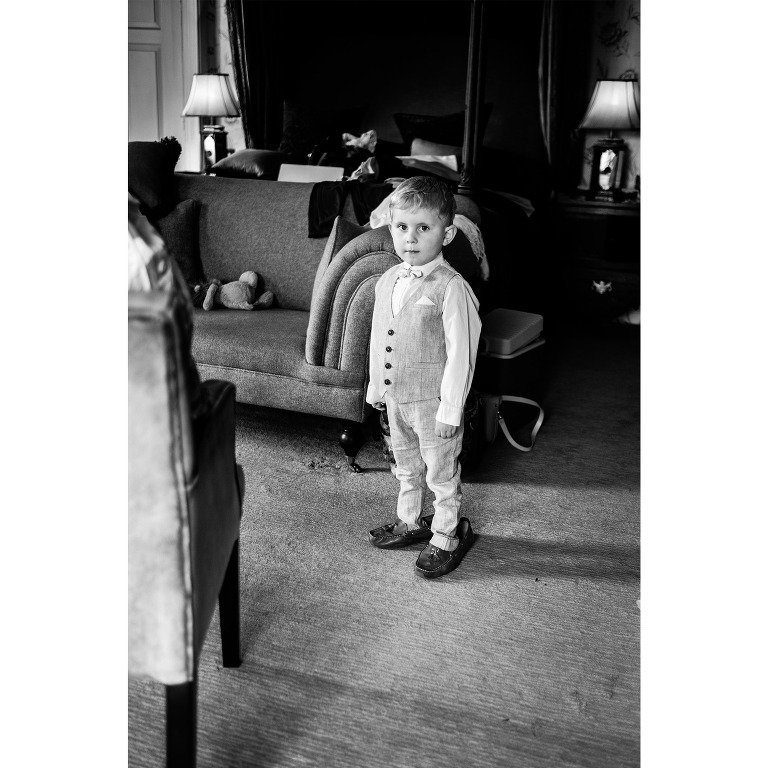 Austin in his mother’s shoes.

Sometimes those elements can become mysterious when a picture is viewed on its own. Context can become blurred and that can lead to questioning the picture, it can make the meaning change or the picture can take on different meanings for different people. When that happens I feel that the picture can become something special. A great image on its own merits, a picture that when viewed in the context of the collection it sits within can mean one thing and when viewed on it’s own can take on any number of meanings.

This picture above is Austin in his mother’s shoes. Within the collection it has a particular context and meaning. Austin was keen to get going. At one point in the excitement of the preparation he stripped off unprompted and started dressing himself. Here he is fully dressed and ready to go, wearing his mothers shoes which were the nearest pair to hand. It has animation in the look to camera that Austin is giving me. Again within the collection of pictures it has context and also meaning for the bride and her family. But here context becomes blurred if the picture is seen on its own. If this wasn’t a wedding photography blog you might wonder what’s going on here, the meaning can become different things. For me, outside of the collection of images from this wedding, this image becomes a great standalone portrait of a young boy. It speaks to me about childhood, about the distance to adult hood, about the expectations of adults for children and a myriad other things.  This is one of my favourite recent images and will probably have a blog post of it’s own one day. 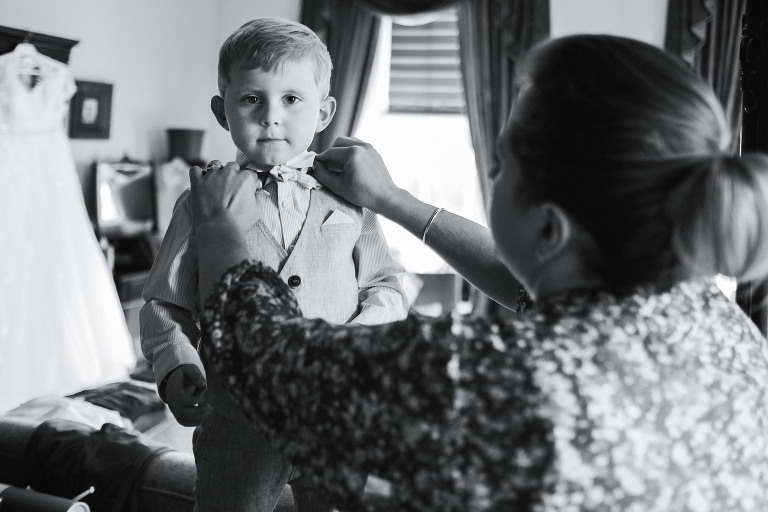 Pictures work together as well to lend each other strength. Here’s Austin again, now being helped into his suit. Again I think I succeeded in capturing animation context and meaning.  But place the two images side by side and they each benefit from the other. They support each other to tell the story.

Let me know what you think makes a great image, leave a comment or drop me a line. If you’re getting married and want to have a chat about the story of your day get in touch.