Pictures that mean something to someone. 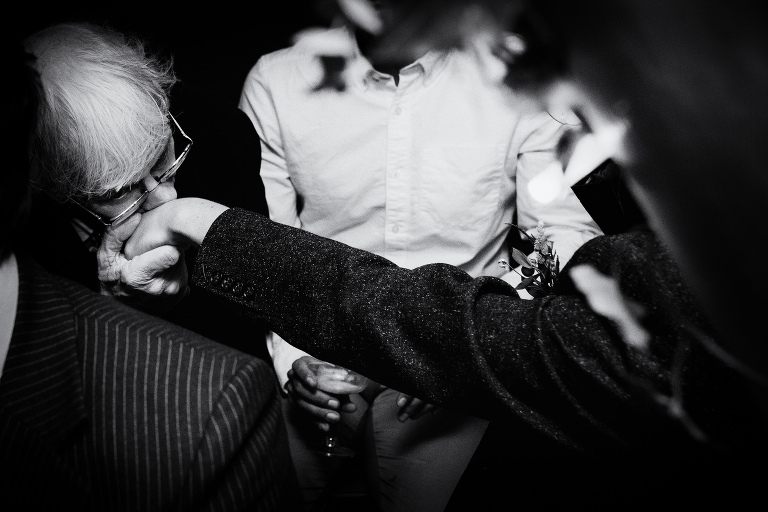 Take this picture for example. There’s lots I could tell you about it.  There’s only one face and its barely visible. I could tell you who the people are and what was happening and why it’s possibly one of the most important pictures in the whole collection of images as far as I’m concerned. But I won’t. The content of this picture is for me far too important. I know what it is and the people in the picture know what it is. To everybody else it may just look like a very simple picture where all the heads are cut off and nothing is seen clearly. But I watched this scene unfold, I recorded the story as it did. And this (again for me) is what they call the decisive moment.

It’s a rather pointless exercise to describe it all and explain what’s going on, although I can. But the point is that it’s a picture made for the people in the picture. All the explanation in the world is irrelevant to other people. I am in their story with them on that day and these pictures may mean nothing to anybody else.  And thats both the beauty and the agony of the pictures I make. While I like to think they have significance for the people I make them for, for everyone else they just look like random pictures of stuff and bits of people.  I don’t go for the big set piece pictures. I look for the little meaningful things that will still mean something thirty or forty years from now.  It’s kind of about priorities. If yours and mine are similar and you’re looking for a photographer – drop me a line.